The City of Oshawa, Ontario is on the Lake Ontario shoreline and is 60 kilometres east of Toronto’s downtown area. It is part of the Greater Toronto Area (GTA) and the Durham Region. As the Automotive Capital of Canada, Oshawa’s growth is based on large-scale manufacturing, specifically auto parts fabrication and automobile assembly. The city is the most prominent urban centre in the Durham Region.
Interest in lakefront Oshawa real estate is enhanced by the inter-city linkages that Highway 401 and Highway 2 provide. Highway 401 cuts across the heart of Oshawa instead of going around it. Commuter trains operated by GO Transit and Via Rail connect the city to Toronto and other areas. Buses operated by GO Transit and Durham Region Transit complete the public transportation system. Greyhound Canada operates along intercity routes while Canadian Pacific Railways and Canadian National run the rail freight services.
The Durham District School Board operates more than 30 elementary schools and six secondary schools while Durham Catholic District School Board oversees 14 Catholic elementary schools and two secondary schools. Francophone schools are run by two separate school boards.
The University of Ontario Institute of Technology and Durham College have campuses in Oshawa focusing on technology, manufacturing and engineering.
Oshawa’s population has shifted to a younger demographic as workers moved in to take advantage of opportunities with General Motors Canada. GM’s Canada headquarters are in Oshawa. The car maker remains the biggest local employer.
However, Oshawa’s economic base is diverse because of the presence of other businesses involved in healthcare, information technologies, sustainable energy, biosciences and agriculture.
Oshawa’s housing market tops other GTA cities when it comes to affordability, activity and livability. Housing options range from traditional single family homes to urban condos and retirement communities.
The city maintains 130 parks, a 26 kilometer trail system, 141 hectares of open space and wood lots, five golf courses, numerous sports facilities and a 2,000-seat stadium. Likewise, arts and cultural events are a staple in Oshawa with performances, art shows and festivals scheduled year round.
When it comes to shopping options, Oshawa shines. Downtown Oshawa is the site of many specialty retailers and restaurants. Oshawa Centre is home to many national retailers and is the region’s largest mall.
With all these amenities, it is no wonder that Oshawa real estate values have weathered economic fluctuations through the years.

Showing 318 properties out of 343 currently available on the market. 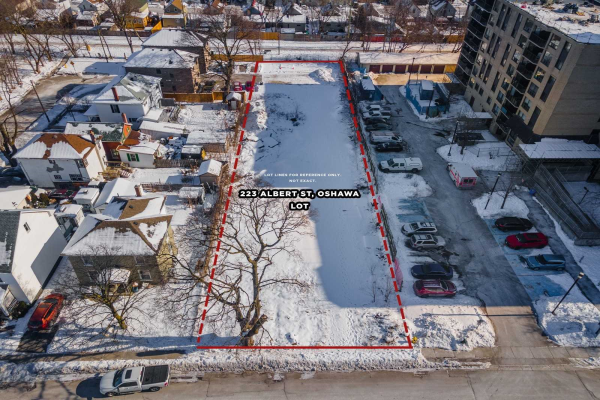