Wychwood Park is an exclusive neighbourhood of 60 homes in what was once a gated community. The Wychwood neighborhood is a 22-acre hamlet just west of Bathurst Street, north of Davenport Road atop the Davenport Ridge.
It was established in the late 19th century by Marmaduke Mathews and Alexander Jardin, both landscape painters. The settlement was intended as an artists’ colony in what was then the rural edge of Toronto. The area remains verdant as the ravine that cut through the center of the community was preserved as parkland. Taddle Creek was turned into a pond in the middle of the park.
The original homes were designed along simple lines following English Arts and Crafts style. Many prominent Canadians have lived in this enclave including media specialist Marshall McLuhan, artist George Reid and architect Eden Smith who designed many of the homes in Wychwood.
The entire neighbourhood was granted heritage designation in 1985, the first residential area to gain such a distinction. Wychwood homes rarely come up for sale.
Wychwood Park is essentially a private community as residents manage and pay for the maintenance of roads, streetlights and other features.
There are two public elementary schools serving middle school and high school students as well as a Catholic school and a private school offering a Japanese instruction.
The Artscape Wychwood Barns is a multipurpose community facility that is housed in a former streetcar repair depot. Aside from art classes, the centre also has a dog park and a volleyball court along with a greenhouse and a public space for a weekend farmers’ market. Artscape also features artists’ spaces along with performance and exhibit spaces.
A city-owned park is next to the facility. The park has a children’s playground, a splash pad and gym equipment.
Access to the Saint Clair Avenue retail area is convenient enough for Wychwood residents. Other shopping alternatives can be found on Bathurst Street or on Vaughan and Davenport Roads.
Wychwood has lived up to its original intent as a community of artists and art lovers.

Showing 236 properties out of 316 currently available on the market. 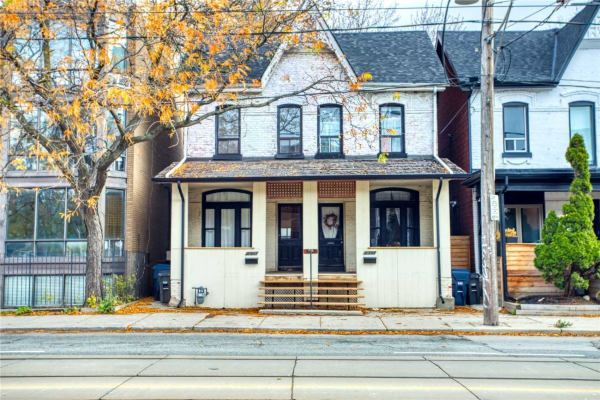